Looking for more video-streaming options from your library? You can now access over 30,000 movies FREE through Kanopy!

Love movies, documentaries, and educational videos? Want to watch critically-acclaimed films and TV series from around the globe? Log in with your library card and enjoy

Furaha ya Kwanzaa from AAMLO!

The African American Museum and Library recognizes the celebration of Kwanzaa this holiday season.

Kwanzaa is a cultural holiday celebrated in the African American community. Kwanzaa, the name, is derived from the Swahili word Kwanza. Expressed as the phrase “Matunda ya Kwanza” it means first fruit. Founded by Dr. Maulana Karenga in 1966, Kwanzaa is based on seven principles known as the Nguzo Saba. The seven principles are:

Stick to your resolutions this 2019 with OPL!

We gathered the resources and did the research for you, now all you have to do is make a plan and use your library!

Because achieving a healthier lifestyle is more than hitting the gym.

The repeal of prohibition was good news to entrepreneur Harold “Slim” Jenkins, a man that would become known as the unofficial Mayor of West Oakland. Jenkins became a prominent figure in the heart of the West Oakland community. Eighty-five years ago today, as a result of the end of prohibition, Jenkins opened the Slim Jenkins Cafe. He owned several successful businesses throughout West Oakland including a restaurant, night club, coffee shop and liquor store.

Seventh Street as a result of Slim Jenkins became a vibrant

DIY Gifts at the Library!

Make your gifts at the library for free!

Want to surprise your loved ones with unique gifts without grabbing your wallet? Looking for opportunities to get crafty after reading about recommended crafting books in our collections? Don't care too much about gifting or the holidays but still want to have free fun while expressing yourself? From card-making to making jewelry, we've got you covered! Our programs are free and supplies are provided.

Events are for all ages unless otherwise indicated.

Giving a gift to a book lover anytime soon? Our fourth annual Gift Guide features some of our favorite recent books for kids, teens and adults.

It's that time of year again!  You are looking for ideas for gifts, and we are full of ideas about books!  This is our FOURTH annual Gift Guide and we are excited to share it with you.

Our list this year has some amazing gems for children, teens, and adults and we hope to help you fufill all your gift giving duties with it this winter.  Please think about supporting your local bookstores and all the wonderful readers in your lives by giving them these recent books that are some of our personal favorites. 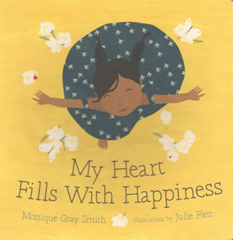 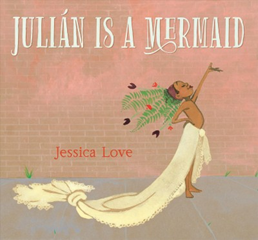 While many Americans celebrate Thanksgiving, it is crucial to remember the rich history of the Native peoples of this land and the atrocities committed by colonial and settler forces in attempts to erase their humanity, culture, and survival.

Have you ever driven on Shellmound Street or shopped at the shopping centers along it in Emeryville? Ever wondered where that name came from?

Last week, Corinna Gould delivered a powerful talk about Living on Ohlone Land at the Golden Gate Branch (view the video playlist here). Ms. Gould is the spokesperson for the Confederated Villages of Lisjan/Ohlone, the

Today is Election Day in the United States of America. Your vote counts. On this Election Day, the African American Museum and Library at Oakland profiles political figure Frederick Madison Roberts. Roberts was born in Chillicothe, Ohio in 1880 to Andrew J. and Ellen Wales Roberts. From his mother, he acquired the distinction of being the great-grandson of Sally Hemings, a woman reputed to be the mistress of Thomas Jefferson.

There were two milestones in Roberts’ distinguished life. First, Roberts was the first African American to graduate from Los Angeles High School. He went on to attend the University of Southern California for one semester and then transferred to Colorado College, where he received an A.B. in legal studies. He also served in his first civic office, acting as deputy assessor of El Paso County, Colorado.

Are you a gamer? Did you know that International Games Week is November 4-10, 2018? Luckily, you can play all month long at OPL.

International Games Week is November 4-10, 2018. Whether you're into video games or old-fashioned board games, we've got fun events for you, your friends, and your family all month long!

If you love spooky season and/or celebrate Día de los Muertos, we've got you covered with fun events for all ages!

We're having a special (sorta-)spooky storytime! Gather 'round the campfire and get ready to giggle and shriek at tales of toddler-friendly terror. We will sing and dance and then do a pumpkin craft.

Recommended for ages 3-7, but all of your family is welcome.