Five (5) OPL locations are offering sidewalk pickup service for limited hours. All other Oakland Public Library locations are closed due to the novel coronavirus (COVID-19) pandemic. You may return library materials in the outside book drop at any Oakland Public Library location. Please note that there will be a delay of at least 72 hours before your items are checked in due to the library's quarantine process.

Posted on June 26, 2014 by Sharon McKellar to The Library Community

Come see the next site of delightful items found in library books!

What have we found lately?  A little bit of everything!

Posted on June 26, 2014 by Helen Bloch to Children's Services Blog

OPL's Discover & Go program allows you to explore attractions throughout the Bay Area.

School's out for summer and it's a great time for you and your family to explore the      many attractions the Bay Area has to offer.  OPL's Discover & Go program makes it easy  and cheaper to do just that.

1. Go to: discover.oaklandlibrary.org cheap to do just that.  Here's how it works:

2. Enter your library card and your PIN numbers.

3. Search either by the date you want to visit a museum ("what's available next Tuesday?") or by the place itself ("when can we go to the Lawrence Hall of Science?").

4. Pick where and when you want to go.  When you are ready, click on "Reserve Pass" and print it out.  It's that simple.

Posted on June 24, 2014 by Nina Lindsay to Children's Services Blog

The library's Summer Reading activities include visits this week from the Oakland Zoomobile!

Summer at the library is for reading, sure, but that's only part of it.  We have all kinds of activites planned to engage you and your children when you stop by for a visit.  Check out our full events page, or our daily events calendar to see what's in store.

We know that reading during the summer is important to a child's reading and learning success, but this has to be a part of a variety of engaging learning opportunities.  And fun!  At your library you'll find hands-on craft activites, fabulous magic and theatrical performances, and--in the spirit of this year's theme "Paws to Read"--lots

Posted on June 20, 2014 by Kirsten Baldock to Advice for Readers

You CAN Take It With You!

Use E-magazines and E-books from the Oakland Public Library to lighten your load on your Summer travels.

Summer is just about here and for many of us that means planning a vacation trip. Once the tickets are in hand and the swimsuit is packed, it’s time to decide what reading materials to bring along. Do you really want to carry that hardcover? Does your carry-on even have room for a couple magazines?

Thankfully, the Oakland Public Library has several options that mean you can take your reading materials with you without carrying anything more than your electronic devices.

You’ve probably already read about how to get e-books on your device here and here.

But did you know that you can also get digital magazines for your portable electronic devices through the library with Zinio?

Signing up for Zinio is a simple.

Posted on June 19, 2014 by Erica Siskind to Children's Services Blog

Q&A: Children's Librarians have been talking up the Summer Reading Program all over the city, generating excitement that approached a frenzy this week. Things have changed since last year, so...what's the deal? What does a kid have to do to get a prize for reading this summer?

Q. What counts for the Summer Reading Challenge? My kids are 3, 6, and 11 years old. What's expected of them in this game?

A. So, your three kids signed up for the Summer Reading Game, got their reading logs & stickers, picked out some stuff to read, and now you all want to know what really counts, right? Here's what matters about summer reading:

Posted on June 17, 2014 by Laurie Willhalm to Children's Services Blog

Whether you are a child, a teen, or an adult, Oakland Public Library has something for you this summer. Here are just a few of the services and activities for children. 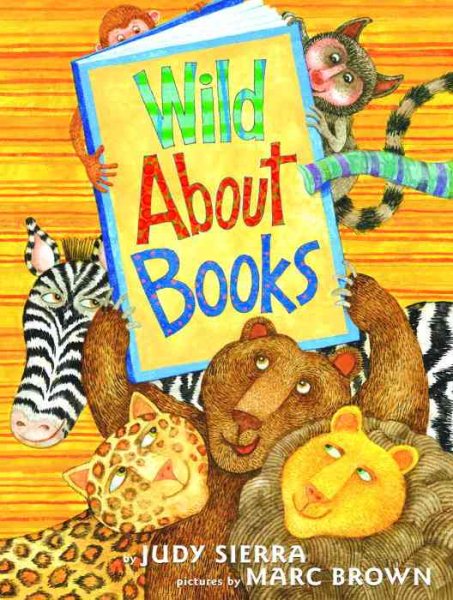 Your child does not have to lose her or his reading skills over the summer. Studies have shown that by reading just 20 minutes a day, a child retains, and can even increase, reading levels. We once again offer two fabulous grand prizes: one family membership in Children's Fairyland (ages 0-4) and one iPad (ages 5-14).

Our 2014 Summer Reading Challenge runs from June 14 through August 9. See our blog from last week for suggestions for books to read on this year's theme.

Posted on June 14, 2014 by Mana Tominaga to Reference Services Blog

Learn what's available at the Alameda County Law Library - such as an upcoming program on bankruptcy issues.

The Alameda County Law Library offers regular programs that go in-depth on legal topics; you can find out details and upcoming events on their calendar. One upcoming event will be held Tuesday, June 24th, at the Hayward Branch of the ACCL. It's entiteld "In Debt? The Basics of Declaring Bankruptcy". In this program for the general public, a practicing attorney will discuss the basics of Chapter 7 and Chapter 13 bankruptcies, how to determine which is right, and the specific qualifications for filing each. The program will

Posted on June 13, 2014 by Mary Farrell to Advice for Readers

Another fascinating book and discussion!

A little background:
Doris Lessing was born in 1919 in Kermanshah, Persia  (Iran) and died in London last November. Her family moved to Southern Rhodesia, now Zimbabwe, when she was little. She left her Catholic school when she was 14 to work and  was self-educated by reading classics. She joined a Communist Book Club, married and moved to England. She married several times and had several children.

Posted on June 12, 2014 by Miriam Medow to Children's Services Blog

Here at the library, we’re busy preparing for our annual Summer Reading Program. This year’s theme? PAWS to Read! You can’t sign up for the program until Saturday, but you *can* spark the Summer Reading spirit by getting your paws on some of our favorite animal books at the library:

Posted on June 12, 2014 by Mana Tominaga to Reference Services Blog

The 2014 World Cup starts today! Who are you rooting for and where are you watching the games?

Today marks the start of the 2014 FIFA World Cup. Held every four years,  this highly popular international men's soccer tournament takes place in Brazil, through July 13. (Back in 2010, 3.5 BILLION people, or 46% of the world's population, watched the finals.) The host nation automatically gets a spot, and the other 31 teams qualified through a series of qualifying tournaments which started in June, 2011. A total of 64 matches will be played in 12 cities across Brazil. For the first time in World Cup finals history, electronic devices will be used to track goals. Read more about the teams and matches, and stream the games online or visit one of these venues to watch the games.