Notes on GOING CLEAR: Scientology, Hollywood and the Prison of Belief by Lawrence Wright

Going Clear by Lawrence Wright tells you more than you'd ever thought you'd learn about the pseudo-science beliefs of Scientology and the enforcement of its secrets by its creepy hierarchy. Stranger than Science Fiction!

What a fascinating topic! There were 8 of us at our Lakeview Book Club Meeting in August to discuss Going Clear by Lawrence Wright. Most had read it all. Some read most parts or didn't quite finish. Two were new to our group. One of the new people came, because of the topic, while not having had the opportunity to read the book.
Lawrence Wright, an investigative reporter,  is a Pulitzer Prize-winning American author, screenwriter, staff writer for The New Yorker magazine, and fellow at the Center for Law and Security at the New York University School of Law. He is from Dallas, Texas and is a graduate of Tulane University and English in at the American University in Cairo in Egypt and received his MA in applied linguistics in 1969.
Going Clear was based on extensive research and over 200

Posted on November 7, 2014 by Christy Thomas

Are you a fiction lover? Here are 10 great books coming out in November.

Even Monsters Deserve a Nice Name

Frankenstein was the name of the doctor not the poor nameless creature. I'm gonna call him Creature. 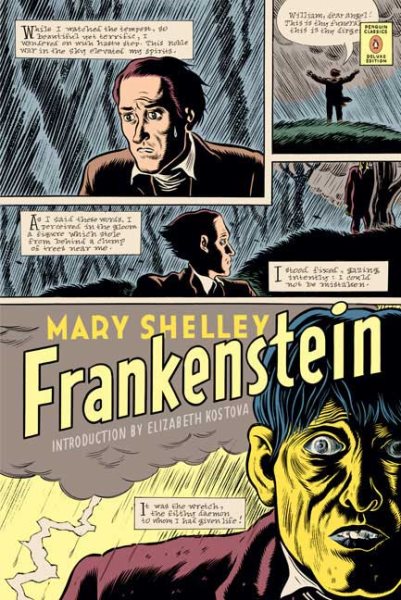 For Book Club this month, we read Mary Shelley's Frankenstein. Before I get into my book rant, I'll fill you in on a few details of the author's life. Her biography is arguably more scandalous than the book's plot.

Mary Wollstencraft Shelley was the daughter of a famous feminist and a well known author who were too hip to get married. Her mom died shortly after her birth, so Mary grew up with her dad, her mean stepmom, her mom's daughter from a previous relationship (an affair with a soldier), her stepmother's kids from her

Have you read a good ghost story lately? Check out these haunted tales just in time for Halloween.

As children my friends and I liked to tell scary stories with the goal of eliciting shrieks from one another. I also have fond memories of reading Great Tales of Horror by Edgar Allan Poe before bed. Perhaps this isn't the best reading for a sound sleep, but I loved the suspense as I eagerly anticipated the end of the story and the scare it would bring.

Have you read a good ghost story lately?  Here are some haunted tales for adults, just in time for Halloween.

Books We Love: The Known World

A book to check out: The Known World, the Pulitzer Prize-winning historical novel about slavery by Edward P. Jones.

The 2003 novel The Known World by Edward P. Jones tells a haunting, heartbreaking and complex story of slavery in America. An enslaved African American man saves the money he makes as a carpenter to purchase and free himself, his wife, and later, their son. To the amazed disappointment of his parents, the son maintains a connection with his former master, and then becomes a slave owner himself. And a white sheriff, despite his anti-slavery views, has a job that requires him to apprehend runaway slaves. The sheriff reluctantly accepts a slave girl as a wedding gift, but prefers to treat her as a daughter. These are just two strands of the interwoven stories that make up this

THE PORTRAIT OF A LADY by Henry James: From the Lakeview Book Club

Notes from The Lakeview Branch Library Book Club's discussion of The Portrait of a Lady by Henry James, a gripping psychological novel of kindness, manipulation, betrayal and the strength to deal with this in an American expatriate world in Europe during the last half of the 19th century.

Henry James's grandfather immigrated to the United States in 1789 and was a successful venture capitalist, who owned a canal and made a fortune. The grandfather had 3 wives and 16 children.

Henry's father inherited wealth and was a philosopher. There were five children in the family. Henry was the second child. His sister was an invalid, who only lived to her early 40s. Henry traveled extensively with his family.

Henry was not the only famous James from that family. His brother William was the very famous psychologist. It is said that William wrote psychology as if it were fiction, and Henry wrote fiction as if it were psychology. Both William and Henry were Calvinists, but we didn't see evidence of a religious point of view in this novel.

Portrait of a Lady is considered to be the best of the novels of Henry James. Henry's insight into the lives and emotions of his

Looking for your next great read? Here are 10 great novels coming out this month. Place your holds now!

The recent release of Oakland author Nayomi Munaweera’s debut novel Island of A Thousand Mirrors has generated a lot of excitement around the globe! It won the 2013 Commonwealth Book Prize for the Asian Region and was longlisted for the 2012 Man Asian Literary Prize and the Dublin IMPAC Prize. If you haven’t heard about it yet, you can read this review in yesterday’s New

Are you searching for book suggestions for your book group? Here are some titles that generated lively discussions in library book groups.

Have you been thinking about joining a book club?  Oakland Public Library's Dimond Branch Book Discussion Group meets the second Tuesday of the month from 6:30-7:30 PM and the Lakeview Branch's Book Group meets on the third Tuesday, also from 6:30-7:30 PM.  The Piedmont Branch is launching a Books and Beer Book Group which will hold it's inaugural meeting on Sunday, September 24th at Cato's Ale House.  Library book groups are open to anyone who is interested so feel free to stop by and check them out.

If you're searching for book suggestions for your

Posted on September 18, 2014 by Tamar Kirschner

The 'Reading Minute' is a new Advice for Readers feature recommending short reads for the busy or easily distracted reader, focusing this week on books by some very funny ladies.

I’m only slightly ashamed to say that I am a librarian with little time to read these days. I read some wonderful books with my young children, and there are the informative journal articles I read for work, but my “spare” time is used for sleep, if I’m lucky enough to get some. It could be a good while before I revisit those long lazy days curled up with the perfect novel, I’m afraid. Worse, I don’t even think I have the capacity for sustained concentration anymore, having not had an uninterrupted moment for several years. I suspect my predicament is relatable by many. And so I bring you the 'Reading Minute'.

When I do pick up something to read for leisure I tend to look for the following qualities: Light and easy to digest