To sign up for a library card, please complete an online application. For questions about your account or to reach an OPL reference librarian, please email eanswers@oaklandlibrary.org or call 510-238-3134 between 10 AM - 3 PM.

Wondering what to read next? Check out some of some of November's best new fiction. 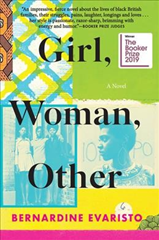 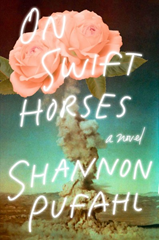 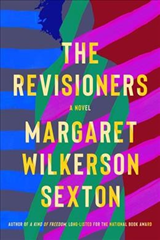 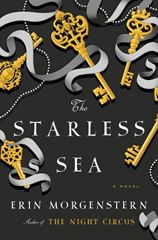 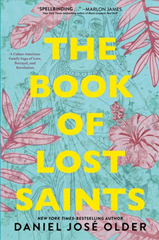 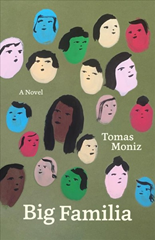 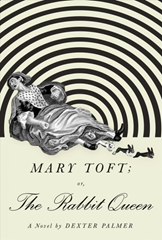 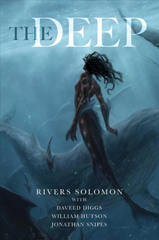 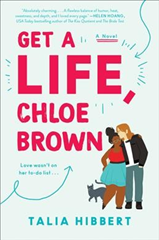 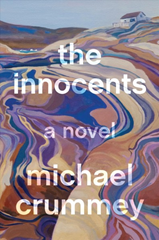 Girl, Woman, Other
by Bernardine Evaristo
Last month Evaristo became the first Black woman to win the Booker Prize (sharing it with Margaret Atwood) for her novel that uses artful prose in an exploration of race, sexuality, gender, age and Black British womanhood through the interconnected lives of twelve women and femmes who take turns sharing the narrative spotlight. “The prose may be experimental, but the readerly pleasures of character and plot are very traditional. It is a life-enhancing, horizon-expanding novel: funny, inventive and fizzing with vitality.” (The Guardian)

On Swift Horses
by Shannon Pufahl
In 1956 San Diego, 21-year-old Muriel is indifferent to the suburban domestic life her husband Lee aspires to, finding satisfaction at the racetrack. Her brother-in-law Julius also finds refuge in the gambling world—in Vegas, where he falls hard for Henry, a card cheat who lures him away to Tijuana’s treacherous underworld. “Pufahl presents a vision of the 1950s that is distinctly at odds with the idea that this decade was an American golden age... More than that, though, Pufahl offers exquisite prose. Her style is slow and deliberate but also compelling because her language is so lyrical and specific… filled with such rhythmically lovely, splendidly evocative, and masterfully precise descriptions… Fiction to linger over.” (Kirkus Reviews)

The Revisioners
by Margaret Wilkerson Sexton
As a child in 1855, Josephine escaped slavery and by 1925 she owned her own farm, but her family and fortune were jeopardized by her willingness to befriend a white neighbor. In a parallel story almost a century later, Josephine’s descendant Ava has lost her job and reluctantly moves into her white grandmother’s house with her son King. “It's rare for dual narratives to be equally compelling, and Sexton achieves this while illustrating the impact of slavery long after its formal end… Readers will engage fully in this compelling story of African American women who have power in a culture that attempts to dismantle it.” (Booklist) Sexton currently lives in Oakland and her debut novel, A Kind of Freedom (2017), was long-listed for the National Book Award, won the First Novelist Award from the Black Caucus of the American Library Association, and was a New York Times Notable Book.

The Starless Sea
by Erin Morgenstern
Grad student Zachary Ezra Rawlins is baffled when he finds a story from his own childhood in a book from his university’s library, a discovery that leads him to a magical underground library. “A puzzlebox of a book, full of meta-narratives and small folkloric tales that will delight readers… Morgenstern (The Night Circus, 2011) uses poetic, honey-like prose to tell a story that plays with the very concept of what we expect and want from our stories; she also asks questions about accessibility, and what it truly means to guard something as precious as the library. She trusts her readers to follow along and speculate, wonder, and make leaps themselves as she dives into tales of pirates, book burnings, and men lost in time, giving the book a mythic quality that will stick with readers long after they put it down.” (Booklist)

The Book of Lost Saints
by Daniel José Older
Marisol Aragones was a casualty of the Cuban Revolution. Now decades later she haunts her nephew in New Jersey—visiting his dreams and prompting him to investigate long-held family secrets. “Vivid and emotional… Older’s descriptions of Cuba, both past and present, are thoroughly transportive. This moving story of family and freedom is sure to captivate readers.” (Publishers Weekly)

Big Familia
by Tomas Moniz
Local author Moniz (Rad Dad, 2011) offers a deeply relatable fiction debut featuring Juan Gutiérrez, a Berkeley single dad who is dating a great guy, has an amicable relationship with his ex-wife, and who is about to send his daughter off to college. His comfortable life veers into tumult as he faces challenges big and small. “A quiet, thoughtful story about coming-of-age at middle age... Diverse characters and a deeply likable protagonist make this a standout debut.” (Kirkus)

Mary Toft, Or, the Rabbit Queen
by Dexter Palmer
Inspired by a true story, in 1726 in a small town in England, a woman gives birth to a dead rabbit. As she continues to birth rabbits, it confounds and captivates the local surgeon and his apprentice, the most preeminent surgeons from London, and eventually draws the attention of King George. “Palmer evocatively depicts the dramatic changes witnessed during this period in race relations, industrialization, and the birth of the modern novel... Expertly utilizing an actual bizarre historical event to explore faith, reason, and the foundations of our current economic system, this exhaustively researched and dexterously constructed novel is another triumph to add to Palmer's incredibly diverse corpus of works.” (Booklist)

The Deep
by Rivers Solomon
Inspired by a song by hip-hop performers Clipping (featuring Oakland’s own Daveed Diggs), Solomon’s novella (following An Unkindness of Ghosts, 2017) imagines an underwater world populated with the descendants of African women thrown overboard from Atlantic slaver ships. Their traumatic past has been forgotten, except by the historian Yetu, who carries the burden of painful memories on behalf of the community. “Solomon's beautiful novella weaves together a moving and evocative narrative that imagines a future created from the scars of the past. Highly recommended for those interested in sf or fantasy that draws upon the legacies of colonialism and racism to imagine different, exciting types of futures.” (Booklist)

Get a Life, Chloe Brown
by Talia Hibbert
Chloe is a computer nerd and control freak who is sick of letting her chronic illness wreck her life. She creates and starts checking off a to-do list of tasks to turn things around, prompting repeated encounters with grumpy handyman and artist Red in this enemies-to-lovers interracial rom-com. “An incredibly funny, romantic, and uplifting book.” (Kirkus Reviews)

The Innocents
by Michael Crummey
In 1800s rural Newfoundland, Evered and Ada, ages 12 and 10, are orphaned and left totally alone when their parents and baby sister die from illness. Together they face the challenges of survival and the hazards of their isolated coastal home. “In his fifth novel, Crummey (Sweetland) imparts another heartfelt, extraordinary perspective on survival in the rugged isolation of his homeland… Crummey delivers profound insight into how individuals grapple with the forces of nature, not only in the unpredictable environment, but in the mystifying interior of their temperaments, drives, and character. This story of how two guileless youngsters navigate life will have a deep emotional impact on its readers.” (Publishers Weekly)